You can use the AWS Schema Conversion Tool to convert your existing database schema from one database engine to another. You can convert relational OLTP schema, or data warehouse schema. SCT is simple to use and takes only minutes to get started after you install the tool locally on your machine. It requires only connectivity to the source and target databases. 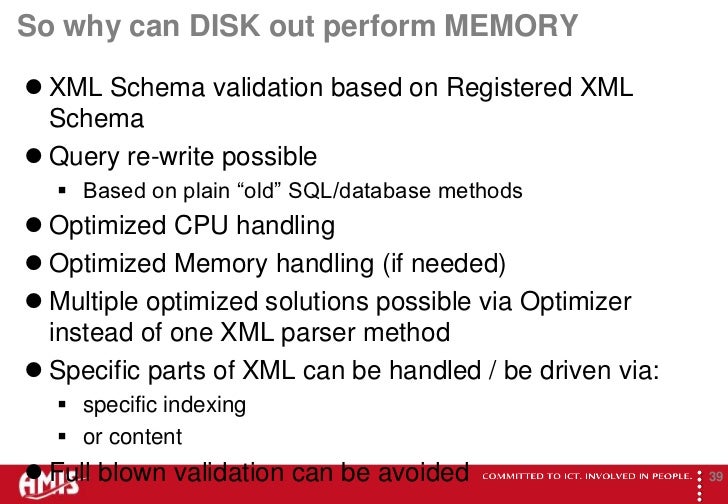 Over the last few years we've been building lots of systems that make a lot of use of events, and they've been often praised, and often damned. Our North American office organized a summit, and ThoughtWorks senior developers from all over the world showed up to share ideas.

So we spent a lot of time trying to tease out what some useful patterns might be. This note is a brief summary of the main ones we identified.

Event Notification This happens when a system sends event messages to notify other systems of a change in its domain. A key element of event notification is that the source system doesn't really care much about the response. Often it doesn't expect any answer at all, or if there is a response that the source does care about, it's indirect.

There would be a marked separation between the logic flow that sends the event and any logic flow that responds to some reaction to that event. I spoke about this topic in more depth in my opening keynote at goto Chicago in April Event notification is nice because it implies a low level of coupling, and is pretty simple to set up.

It can become problematic, however, if there really is a logical flow that runs over various event notifications. The problem is that it can be hard to see such a flow as it's not explicit in any program text.

Often the only way to figure out this flow is from monitoring a live system. This can make it hard to debug and modify such a flow. The danger is that it's very easy to make nicely decoupled systems with event notification, without realizing that you're losing sight of that larger-scale flow, and thus set yourself up for trouble in future years.

The pattern is still very useful, but you have to be careful of the trap. A simple example of this trap is when an event is used as a passive-aggressive command. This happens when the source system expects the recipient to carry out an action, and ought to use a command message to show that intention, but styles the message as an event instead.

Event-Carried State Transfer This pattern shows up when you want to update clients of a system in such a way that they don't need to contact the source system in order to do further work. A customer management system might fire off events whenever a customer changes their details such as an address with events that contain details of the data that changed.

A recipient can then update it's own copy of customer data with the changes, so that it never needs to talk to the main customer system in order to do its work in the future. An obvious down-side of this pattern is that there's lots of data schlepped around and lots of copies.

But that's less of a problem in an age of abundant storage. What we gain is greater resilience, since the recipient systems can function if the customer system is becomes unavailable.

We reduce latency, as there's no remote call required to access customer information. We don't have to worry about load on the customer system to satisfy queries from all the consumer systems. But it does involve more complexity on the receiver, since it has to sort out maintaining all the state, when it's usually easier just to call the sender for more information when needed.

Event-Sourcing The core idea of event sourcing is that whenever we make a change to the state of a system, we record that state change as an event, and we can confidently rebuild the system state by reprocessing the events at any time in the future.

The event store becomes the principal source of truth, and the system state is purely derived from it. For programmers, the best example of this is a version-control system. 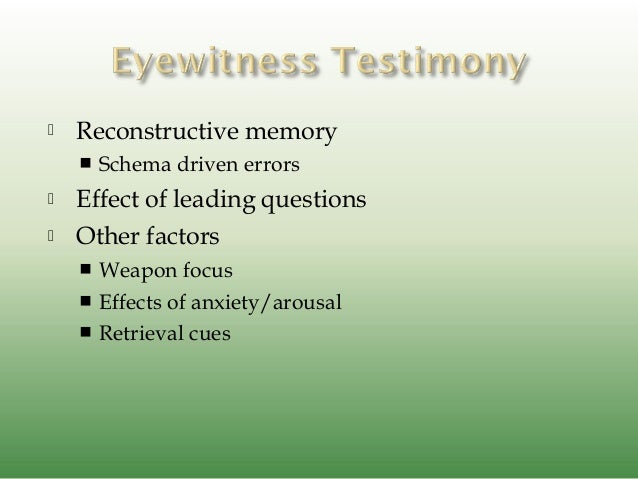 The log of all the commits is the event store and the working copy of the source tree is the system state. Event-sourcing introduces a lot of issues, which I won't go into here, but I do want to highlight some common misconceptions.

There's no need for event processing to be asynchronous, consider the case of updating a local git repository - that's entirely a synchronous operation, as is updating a centralized version-control system like subversion.

Certainly having all these commits allows you to do all sorts of interesting behaviors, git is the great example, but the core commit is fundamentally a simple action. Another common mistake is to assume that everyone using an event-sourced system should understand and access the event log to determine useful data.An everyday example of a distortion of memory is reported.

Subjects were presented with a standard clock with numbers represented by Roman numerals. Of the subjects asked to draw the clock from.

How can Schema Theory help you learn sports skills?

This guide explains how to view reports on a mobile device or in a web browser. The last post in this microservices series looked at building systems on a backbone of events, where events become both a trigger as well as a mechanism for distributing state.

These have a long history of implementation using a wide range of messaging technologies. But while Apache Kafka ® is a messaging system of sorts, it’s quite different from typical brokers. Mapping Terminology Mapping (v).The act of determining how objects and their relationships are persisted in permanent data storage, in this case relational databases.

XML Schema Status. XML Schema (in two parts) is a W3C Recommendation. It is intended to be mostly compatible with XML Schema and to have approximately the same scope, but also to fix bugs and make whatever improvements we can, consistent with the constraints on scope and compatibility.